Pregnancy being the most fulfilling experience in a girl’s life has its share of ordeals. Apart from coping with the various body and mood changes, the mom-to-be is also an easy target of the grandmas, aunts, and countless well-wishers, always keen on advising her the common dos and don ts in her nine-month stint. Well, some facts hold relevance, while others are merely myths, prevailing in our society since ages.

Some myths and facts about pregnancy

1# Food myth: ” You are actually eating for two”

Pregnant women are often pestered to have more food than their usual intake as they would eat not just for themselves but also for their yet-to-born. 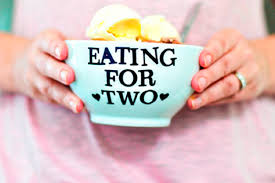 Fact: The body’s capacity to absorb nutrients increases during pregnancy because of the fast metabolism rate. The total amount of calories needed by a person with a normal weight is 340 and 450 in the 2nd and 3 rd trimester respectively.

2# Diet choice myth: “Watch what you are eating”

The most common ones are related to gender which says that sweet-lovers may get ready to decorate their homes in pink (expect a girl), while those loving to spice up their meals can go for a blue home décor (expect a boy). It is also said that during these months craving for ice cream, chocolates and pickles are the maximum.

Fact: Food craving mostly occurs because of hormonal changes, having nothing to do with the baby’s gender. You can crave for even a plate of salad or fruits and not just ice cream or chocolates.

3# Pineapple may help in inducing labor.

Fact: Pineapple would induce labor only when consumed in increased amounts, say seven to ten slices at a time, as its bromelain content weakens the cervix, bringing in labor.

Fact: If your taste buds accept sushi, well then there is no reason why you should not eat your favorite seafood when pregnant. Cooked fish should be preferred to raw ones as the latter is high on parasites.

5# Cocoa butter myth: Your skin will glow as never before

Fact: Studies have shown that cocoa butter does not have any positive impact on the skin as mentioned, instead, in some cases, it is also have said to trigger allergic reactions.

Fact: Though drinking coffee is considered to be a big taboo when pregnant, experts may differ in opinion in this regard. According to the American College of Obstetricians and Gynecologists, an intake of about 200 milligrams of coffee every day would be okay, though crossing this measurement may be harmful to the mother and baby

7# Chocolate myth: ” Keep your hands off the favorite bars”

Fact: Recent studies have shown that women having chocolates when pregnant would have happy babies. Another finding has mentioned that expecting mothers eating at least five or more chocolate servings when they are in their third trimester are at a low risk of pre-eclampsia.

8# Pregnancy test myth: “Check if you have a bun in your oven at home”

Several at-home strategies to determine pregnancy has been doing the rounds for a very long time. Some of the common things used to test pregnancy include bleach, chlorine, vinegar, toothpaste, pine sol, onion, pepper and so on.

Fact : Confirming your pregnancy using the kits available in the market would still fetch you accurate results, though the homemade remedies are not valid enough.

9# Heartburn myth: “Your baby’s growing tresses is giving you a heartburn”

Babies of pregnant women suffering from heartburn are born with more hair on their head.

Fact :It is believed that the baby’s long hair is causing the mother’s esophagus to burn. However, studies have associated a scientific link between the two, stating certain pregnancy hormones responsible for heartburn to also influence hair growth.  This equation does not hold true always as women having less heartburn are also seen giving birth to hairy babies.

10# Twin Pregnancy myth: ” They are two in waiting”

Women with a higher degree of nausea or exhaustion or even those going through fertility treatments have a higher chance of giving birth to twins.

Fact: There is no clear evidence to prove the first point as women carrying a single child may also have a high degree of morning sickness, while  studies have shown that majority number of twins are conceived in a natural way.

The birth rates during a full moon are very high.

Fact: The gravitational pull of the moon is thought to have a strong influence on the women’s body resulting in contractions and early birth. However, there has been no scientific proof yet to validate this theory.

Sex during pregnancy may hurt the baby or even induces labor.

Fact: The vagina stretches during this time, thus protecting the cervix, which is also sealed with a thick plug of mucus. Unless you are in a high-risk pregnancy, there is not much to worry about if you have taken safety measures and got your doctor’s nod

Working out or exercising during pregnancy causes overheating and dehydration, thus harming the baby. 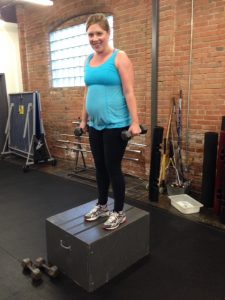 Fact: The above myth may prove right if proper measures are not taken. However, if you drink an adequate amount of water in between, as well as before and after exercise, dress in loose, breathable clothes and avoid exercising outdoors during the scorching heat, then a moderate amount of workout would not do you much harm.

These myths on pregnancy have become part and parcel of our lives and do we say we pay not much heed to them, circumstances do compel us to rely on it. Though being cautious during these nine months would be absolutely fine, but believing in these myths and causing panic would not be fruitful for the mother and the baby in her womb.