When the bouts of morning or evening sickness make you feel nauseated and jittery, you are often tempted to get relief, even if temporarily, by chewing some flavored gum. However, before you start indulging your cravings for chewing gum, stop to think how safe they may be for you and your baby. 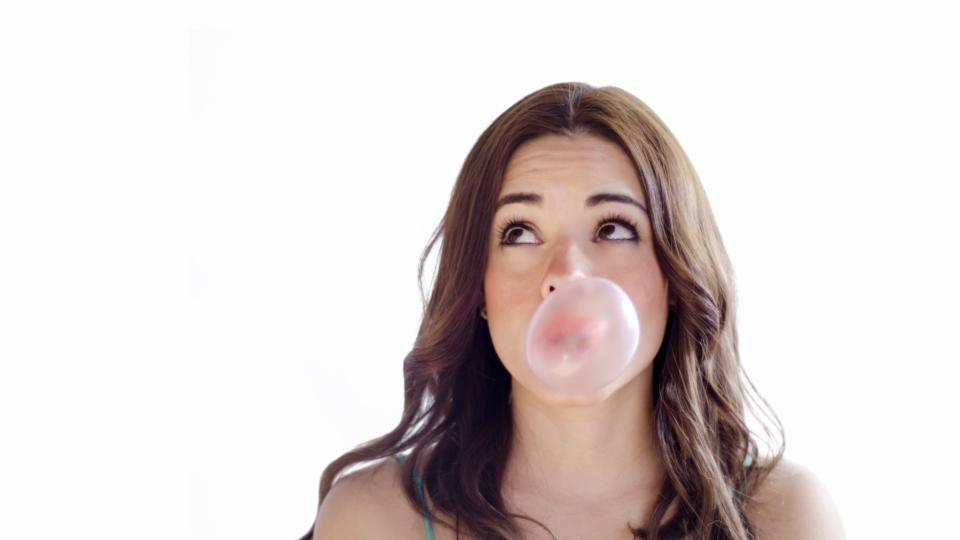 Can you chew gums while pregnant

Pregnant mothers can have chewing gums in moderate amounts unless they have a high-risk pregnancy. Those under any dietary restrictions like a low-calorie or sugar-free diet [1] should also watch the amount of gum intake.

Can chewing gums be good for you during pregnancy

What gums are safe to chew during pregnancy

Most sugar-free gums contain artificial sweeteners that may be nutritive (with calories) and non-nutritive (without calories) [4]. Sugarless gums having nutritive sweeteners, including honey, fructose, dextrose, and sucrose, as well as sugar alcohols like xylitol, are considered to be safe during pregnancy as they are less likely to cause weight gain [1,4].

However, women with insulin resistance or gestational diabetes need to limit their intake of gums containing nutritive sweeteners or consult the doctor beforehand [4].

Brands like Orbit, Stride, and Trident have the sugar alcohol xylitol as its component, which is safe enough when taken in measured amounts [1, 6].

This artificial nonnutritive sweetener, being FDA-approved is recommended for pregnant women [1].

However, women suffering from phenylketonuria or PKU, a rare genetic disorder, should refrain from eating gums containing aspartame. In this conditions, the body cannot break down the amino acid phenylalanine present in aspartame, resulting in a build-up that may affect the fetus [2,3].

A calorie-free sweetener, certified safe by FDA during pregnancy, usually has no adverse effects on the blood sugar levels [1, 4].

Expectant mothers making a conscious attempt to quit smoking often resort to nicotine gums. A  study even showed them to be possibly beneficial, helping to increase the birth weight and gestational age of the baby[8,9]. However, avoid overusing it to prevent any harmful outcome [10]

Though the FDA acknowledges it as safe, a lot of controversies have stemmed regarding its utility in foods and beverages [4]. Individual studies also show that saccharine reaches the fetus through the placenta, increasing the risk of harm [1].

Because of its laxative nature, this nutritive sweetener has an adverse impact upon the stomach resulting in diarrhea alongside other gastrointestinal problems, also leading to dehydration. It is even said to come in the way of nutrient absorption [17]. Hence gums with sorbitol may be best avoided during your nine-month stint [1,7].

The adverse effects brought about by extremely high intake of sorbitol came into light with the instances of two patients, who had reported of severe abdominal pain, weight loss, and chronic diarrhea after consuming chewing gum containing this natural sweetener on a regular basis [5].

If you happen to gulp down a piece of chewing gum mistakenly, then do not panic. Like any other undigested food, it would pass through your stool [13].

During pregnancy, every dietary change calls for a doctor’s consultation. It is the same when it comes to chomping on your favorite Extra or Orbit gum. Moreover, try to keep a check on your cravings as chewing too many gums may bring in unpleasant consequences, for both you and your baby.