A conspicuous bump on a mother’s belly naturally triggers a host of inexplicable queries in an inquisitive child’s mind. Plaintively asking mom, dad, and even others, he fervently desires to unravel the big mystery. Interestingly, despite limited knowledge and scanty assistance from others, many children uncannily are able to sense the approaching event – the fact that a new life is throbbing within a mother’s swollen abdomen is known to them somehow, and they exhibit their ways of welcoming it. Sixth sense? Let’s find out.

A mother of two recalls a very pleasing incident. She says how her four-year-old daughter, who has not been physically close to her, insists on snuggling on her belly or rubbing it nicely when she conceived the second time. Though nothing has been said to her, the little girl perceives the growth of a new life within and thereby attempts to please her would-be mate in her little way.

According to the reminiscence of another woman, a strange thing happened when she was in the last phase of her pregnancy. Her five-year-old son actually predicted the date, time and gender of her approaching child even before she experienced labor pain! 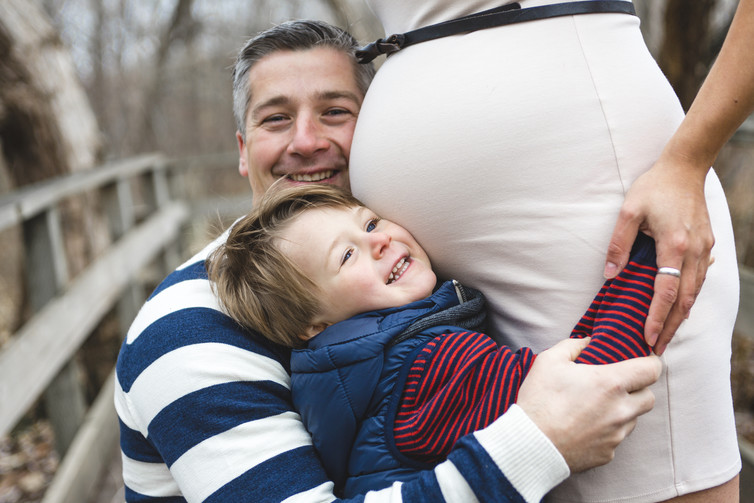 Other Ways by Which Children May Recognize the Event

Mother’s Physical Inability: A mother’s incapacity to bend down or run is easily noticed by a child and the more he observes these little changes, the more conscious he becomes of the upcoming event. He might turn clingy or demonstrate his urge to know more.

Behavioral Changes in Mother: Many times, expectant mothers suffer from occasional mood swings; the failure of properly caring for the first child makes them irritant and emotional. Such alterations are easily noticed by sensitive children, and eventually, the entire blame is put on the upcoming visitor. In these cases, the first child unknowingly develops a grudge for his new sibling, even before the latter has taken birth.

Often a mother develops a growing fondness for her first born, as a result of which she becomes less strict and more playful. Children are quick to distinguish such shifts in treatment and with time, become conscious of the approach of a new family member.

It is inexplicable for every mother to jot down what she undergoes, during the phase, she carries a wee life in herself, be it the second time or third. Celebrate every passing minute if your curious first child demonstrates signs of knowing the forthcoming event. Make him your necessary support system so that the little one receives the additional love of someone he’d share a major portion of his life with in future.